Here&rsquo;s How to Combine Storytelling and Data to Produce Persuasive Content

This post was originally in YouMoz, and was promoted to the main blog because it provides great value and interest to our community. The author’s views are entirely his or her own and may not reflect the views of Moz, Inc.

Can you recall Don Draper using statistics in a quote? Neither can I.

Draper’s pitches were successful because they focused on stories. (Remember the famous Kodak Carousel pitch?) He was on to something: Research highlights stories as key to capturing an audience’s attention.

Jennifer Aaker, a social psychologist and professor at Stanford’s Graduate School of Business, cites a study in which students were asked to present a one-minute persuasive pitch to their class members. Each pitch included an average of 2.5 statistics. Only one of those pitches included a story. Ten minutes later, the researcher asked the students to pull out a sheet of paper and write down every idea they remembered. Only 5% of the students remembered a statistic; 63% of the students remembered the story.

For most people, numbers aren’t memorable. Stories are. 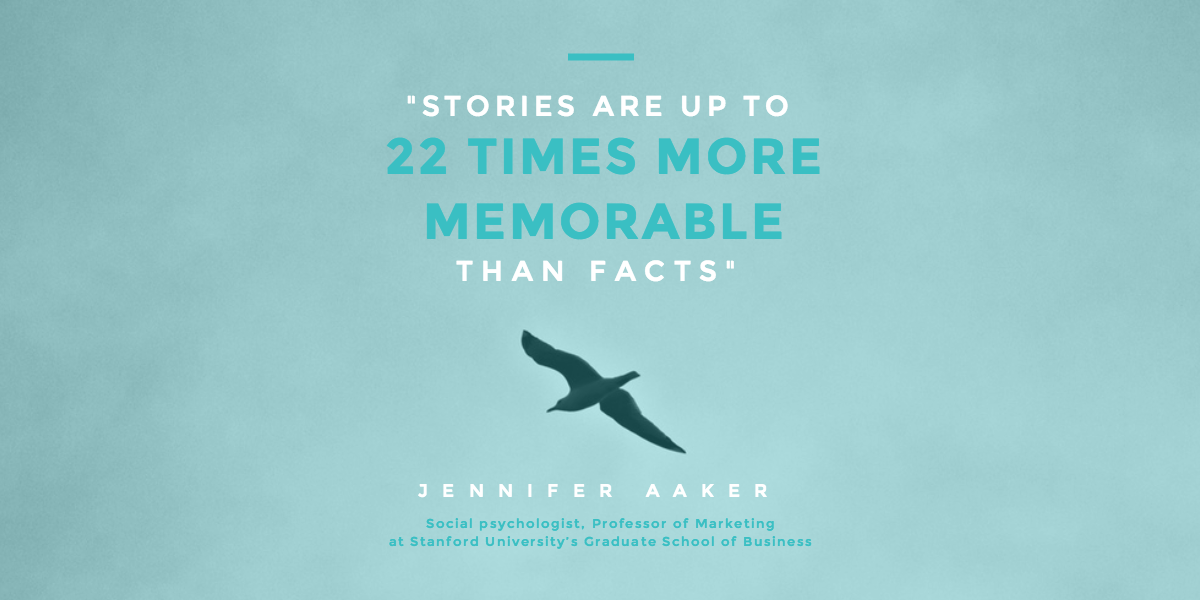 Numerous studies have shown that stories aren’t only more effective in making a message memorable, they’re also more emotionally persuasive. Pair this with research that shows we make decisions primarily with emotion (using logic to justify them later), and you have the power of story in a nutshell.

Your brain on stories

When we hear a story, not only are the language parts of the brain activated, but also every other part of the brain we would use if we were living the story. Mentally, we become the protagonist. In our minds, the story is real and it’s happening to us, not to…