How #DisruptSocialSMW Stole the Show at Social Media Week

All week long, we have been covering Social Media Week in New York City on our blog and across the Zignal Labs social channels. Here is a look at what is driving the conversation in The City so Nice, They Named it Twice.

Since kicking off on Monday night at the opening reception, #SMWNYC conversation has generated over 26,000 mentions, averaging 161 mentions per hour. The highest spikes in volume occurred on Tuesday, Wednesday, and Thursday: 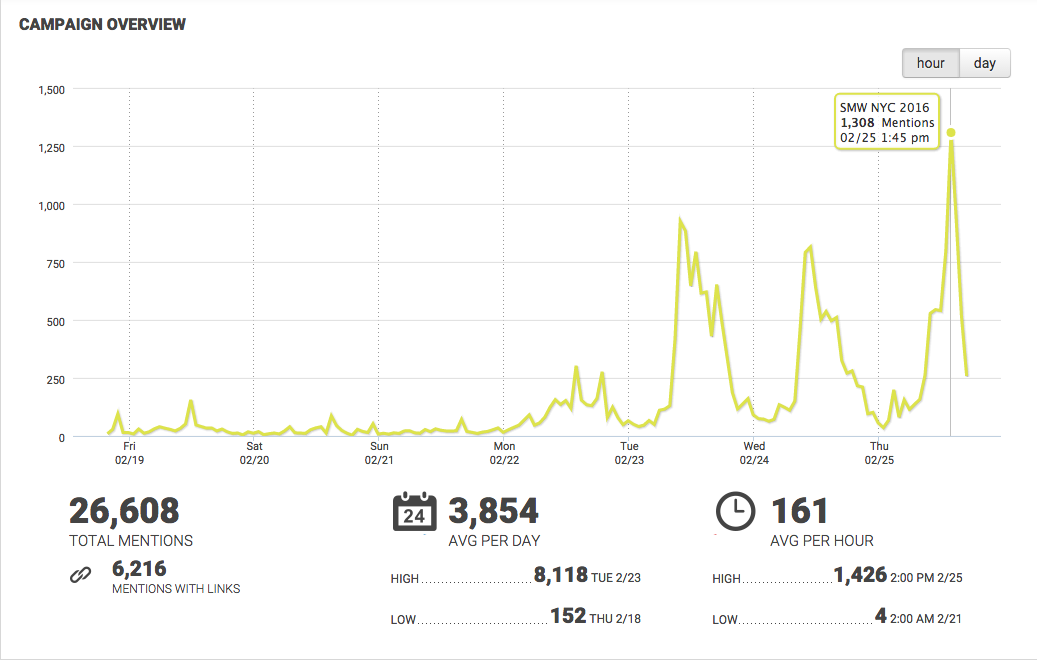 With the keynotes kicking off on Tuesday morning, much of the conversation centered around who was giving presentations. Among Tuesday’s speakers, it was opening speaker, Mark Thompson of The New York Times, that made the most noise: 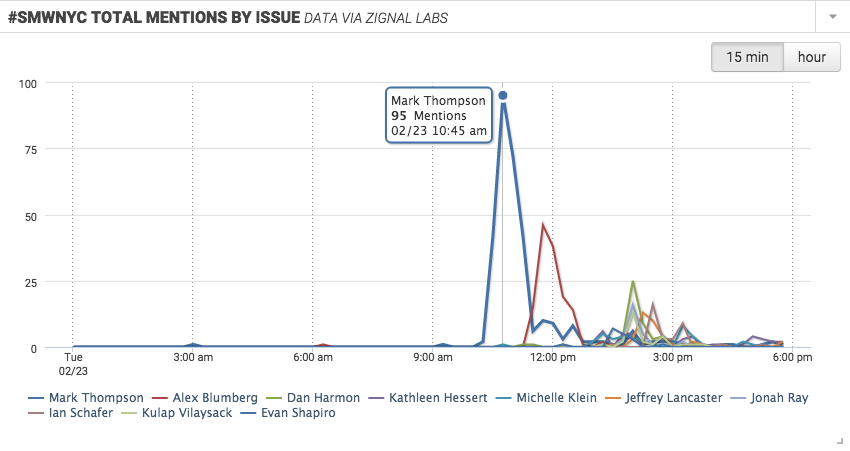 Looking at the timeframe just after his keynote, four of the five most popular tweets stemmed from what he delivered…