While we are on the subject of March Madness, it was interesting to see how brands took to social media during last week’s NCAA championship game.

Degree Deodorant, a sponsor of the NCAA, partnered with the organization to conduct a series of fan movement studies during the Final Four tournaments in Houston. The antiperspirant company utilized Lightwave, a new bio-analytics technology that measured everything from reactions to buzzers, to the crowds doing the wave.

This translated into a hashtag, #EveryMoveCounts, which was used wildly throughout the Final Four tournaments: 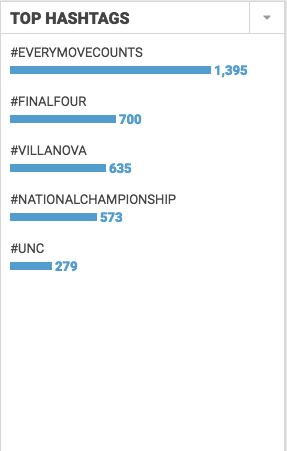 And spectators were undoubtedly following along. Degree dominated popular NCAA tweets, holding the top five spots during the championship game: 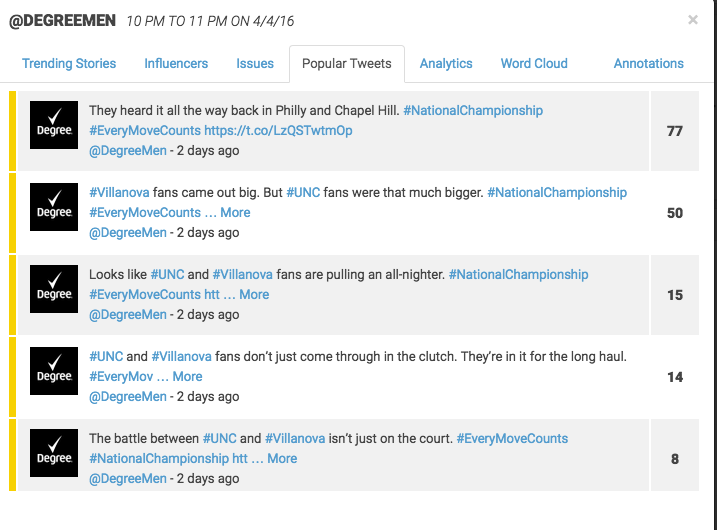 However, in looking at #EveryMoveCounts mentions as a whole, the largest spike in volume came last Saturday night: