May the Fourth Be With You

As Star Wars fans across the world know, May 4th is the day on which their beloved franchise is celebrated.

The date was chosen as a pun on the film’s catchphrase, “May the Force be with you.” Even though “May the Fourth be with you” is not recognized as a holiday by LucasFilm, observance of May 4th still explodes each year across the Internet and social media.

Throughout this past Wednesday, “May the Fourth be with you” dominated social media, with mention volume reaching its highest peak around 3:15 PM PST: 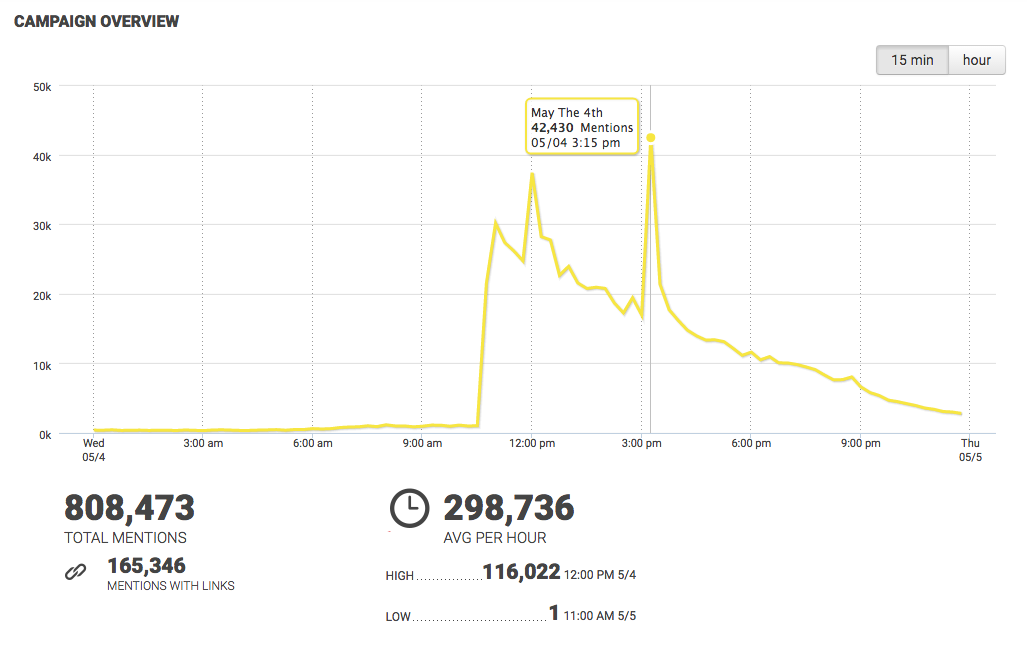 Who was responsible for this rise in “the Fourth” mentions? Young Padawan/ex-One Directioner, Zayn Malik.

The boy bander turned solo artist made his mark on Star Wars Day by simply tweeting out “May the Fourth be with you.” This resulted in tens of thousands of retweets, with Zayn’s tweet being the most popular of all shared on Wednesday:

On a broader scale, what was at the center of May the Fourth conversation? Star Wars, of course: