Return of the iBOT

Back in the early 2000s, a stair-climbing wheelchair was created to provide greater vertical independence to people with disabilities. This “iBOT” was a collaboration between Dean Kamen’s company DEKA and Johnson & Johnson, but lackluster sales prompted the wheelchair’s discontinuation in 2009.

Fast forward seven years, and Toyota has taken Johnson & Johnson’s place. The automaker recently struck a deal with Deka to develop the next generation of these motorized wheelchairs.

In looking at iBOTs of the past, many note its similarity to the Segway. In fact, #segway is one of the top hashtags to appear within the iBOT discussion on social media: 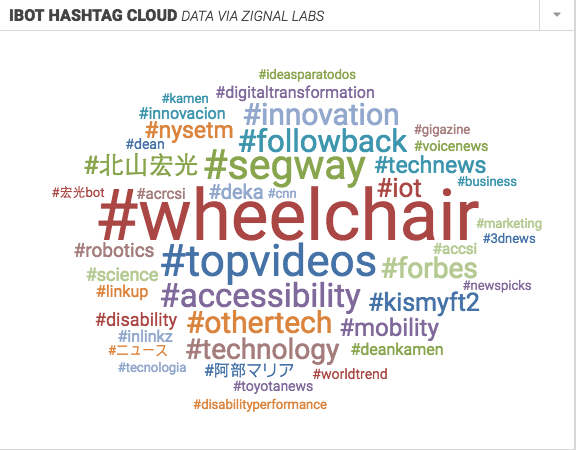 The similarities between the iBOT and Segway actually go beyond their appearance, as they were both founded by Dean Kamen. Therefore, it should come as no surprise that Segways are popping up in iBOT conversation.

Taking a look at who is driving the conversation, top tech media outlets (TechCrunch and Verge) have both released articles on the relaunch:

But it is the Japanese press that is gaining more traction. Translated using Zignal Enterprise, the ab…