Manufacturing Serendipity: How to Create Content that Captivates Your Audience

Fifteen minutes into my first ever flight with my newborn son — a flight that had been delayed for an hour and a half, during which we’d held off feeding him so he could eat on the way up to make sure his little ears wouldn’t pop from the pressure and he wouldn’t start the flight screeching — fifteen minutes in, we were still ascending and even with his little head concealed beneath a nursing scarf, I could tell he was starting to get full.

If he started screaming I had no idea how we would survive the four hours left in the flight. My husband and I were not the cool couple who had brought earplugs and coffee cards for all the passengers around us. I was certain everyone would hate us and, even worse, we’d never, ever fly again. I was the worst mother in the history of mothers.

As I was readjusting my son and trying to keep him calm, I noticed this phrase on the back of the nursing scarf’s label: 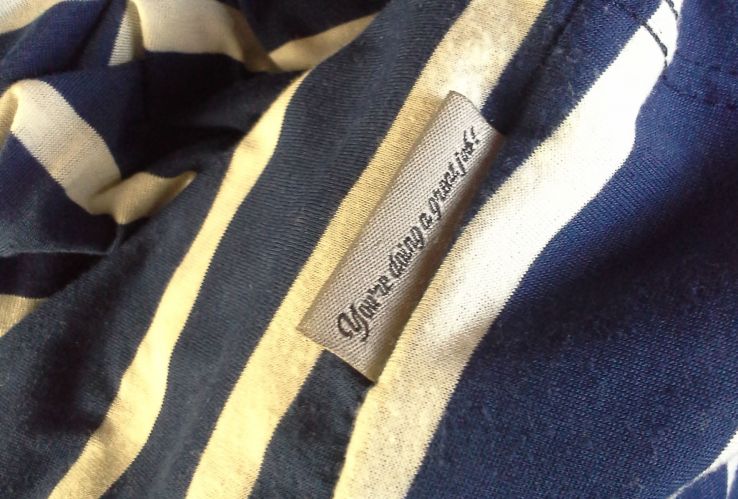 “You’re doing a great job!” Were there any words I needed more to hear in that moment? Would anything less perfect have incited me to expose this very personal, vulnerable moment to the vast readership of the Moz Blog? If the makers of the Itzy Ritzy nursing scarf hadn’t reached deep into my soul and sent me a message across the universe, would you have ever heard of their product?

You, too, can grab your audience by the heartstrings and build a lasting connection that gets them to come back to you time and again while also evangelizing your business to all their friends. Because while the designers of the Itzy Ritzy nursing scarf did not know specifically when or how this new mom was going to need encouragement and, yes, the kindness of strangers, it was an easy guess to say that every one of their customers would at some point. And with a cheap, but creative, insertion of content on the back side of…