Social Media’s Response to Apple vs. The FBI

Calling all Mad Men fans! Time to pull out your best mid-century look and book a flight with Virgin America.

In an effort to promote the airline’s expanded year-round service to Palm Springs from San Francisco and New York, Virgin America is asking customers flying to and from PSP to play dress-up. Those that embrace the 60s spirit and take a photo with Virgin America’s Modernism Week display at the gate will be entered to win a free upgrade.

On Tuesday, Virgin’s promotion was shared on Twitter, topping their popular tweets from the week: 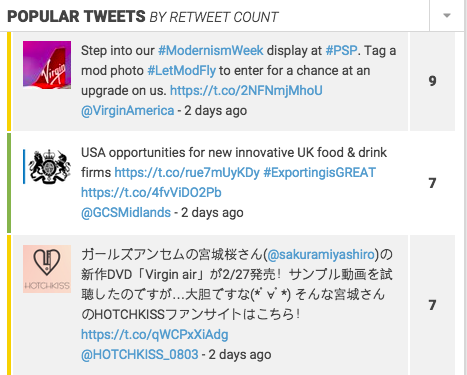 Still, #LetModFly is only ranked fifth among their Top Hashtags: 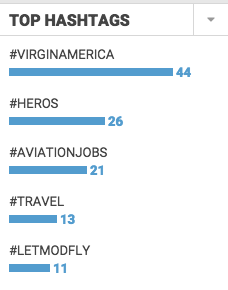 With the promotion running just until February 21, concern can be drawn over the fact that the hashtag has only been used 11 times. To be fair, the airliner anticipated results like these. Patricia Condon, head of events and public relations at Virgin America, stated before the release, “Since it just one city in our network, we were not anticipating massive engagement on this.”

At the same time, the airliner see…